President
Born and raised in Reno, Nevada. He started his firearms training in 1982 and competed in marksmanship competitions from 1983-1986. He spent the next several years taking classes and fine tuning his shooting skills. From 1993-1995 he worked for an armored car company and continued his training. In 1995 the CCW program made it’s national debut and he took 3 CCW classes and ultimately found them all to be lacking in safety, knowledge and laws. It was then that Turner Firearms was established where he offered classes. In the same year, he bought into the Mustang Range, was one of the managers there from 2002-2008. In 2002 Personal Defense was established, he became an NRA Training Counselor and has remained an active counselor ever since. He’s taken additional training from LMS Defense, Sig Sauer, HOG Tactical, State of Nevada Private Investigator Licensing Board (PILB) and Washoe County POST. He has been requested to instruct Basic Pistol, Protection Inside and Outside the Home and Range Safety Officer courses to personnel in all over Nevada, Oregon, Alaska, Massachusetts, Maine, California and Germany. Throughout his career in firearms training he and hosted special daytime and nighttime shoots for law enforcement agencies from Nevada and California at the Mustang Range. He’s licensed in Washoe, Carson City, Storey, Lyon, Mineral, Douglas and Humbolt Counties. Presently he’s working with armed guards, retired law enforcement officers, CCW training, NRA classes and other instructors to develop their skills. He keeps constant relations and communication with a local criminal defense attorney, an investigator and a paralegal on Nevada Law as well as other state’s laws. He currently manages a private range in Washoe County and soon will be hosting low light and nighttime shooting for public and law enforcement.

…is the 2nd longest tenured instructor at GTR. Born in Dayton ,Ohio he states he has lived and worked all over this country before a job offer landed him in Tonopah back in 1981. That is where he fell in love with Nevada, eventually moving to Reno 2 years later in 1983.  He describes himself as an ‘old school biker’ whose interests are riding his Harley, shooting, then riding some more. He is a fully patched member and former officer of a local MC and a proud member of the Ancient and Honorable Order of E Clampus Vitus.

Instructor Tony Klein has vast experience in law enforcement and firearms training and certifications. Phone 775-233-3412 Email tone_klein@sbcglobal.net Read more about him at this PDF link.

Personal Defense Gun Training caters to the everyday person who wants to get more comfortable or more skilled with firearms. 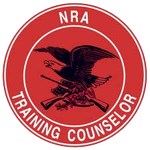